FocusEconomics presents a 3-part series on the economy of Russia. In Part 1, we provide an overview of Russia’s economy from the time of the dissolution of the Soviet Union until 2015, detailing the assets and risk factors from an economic perspective as well as analysis and forecasts for GDP and inflation in the near-term.

A Bit of Russian History

Russia’s history dates all the way back to the 9th Century when the medieval state of Rus was formed. Although Rus was shortly broken up into smaller states by the Mongols, they were gradually reunified by the Grand Duchy of Moscow, eventually growing into a vast empire. The Russian Empire expanded over the centuries and by the 18th Century the empire stretched from Poland in the west to Alaska in the east—the third-largest empire in history. Russia became the first constitutionally-recognized socialist state in 1917, with the creation of the Soviet Union following shortly thereafter. The USSR played a large part in the defeat of the Axis Powers in World War II after which it was considered one of the two world “super powers” engaging in decades of rivalry with the U.S. during what is known as the “Cold War”. By the 1980s the “Era of Stagnation” began to take hold of the Russian economy, which threatened to dislodge the country from its position as a world super power. By the end of the 1980s, the economy was in a shambles—shortages of food, massive budget debts, and immense growth in money supply led to inflation. The dissolution of the Soviet Union followed in 1991 as a result of economic and political turmoil along with social unrest, which had proven too much for the once mighty Soviet Union.

Following the collapse of the Soviet Union, the first decade of transition from a centrally-planned economy to market economy was disastrous for Russia: nominal gross domestic product (GDP) fell from USD 516 billion in 1990 to USD 196 billion in 1999, which represented a plunge of over 60%. In an attempt to address the economic turmoil and follow the recommendations from the IMF, the Soviet government began to privatize many Russian industries during the 1990s. Important exceptions were, however the energy and defense sectors.

The devaluation of the Russian ruble in 1998—after the financial crisis known as the ruble crisis—together with the uninterrupted upward trend that oil prices experienced in the period from1999 to 2008 propelled the Russian economy—heavily reliant on its energy sector exports—to grow at an annual average rate of 7%. Russia was among the hardest-hit economies by the 2008-2009 global economic crisis: the economy plunged 7.8% in 2009 as oil prices plummeted and foreign credit dried up. The economic contraction was the sharpest since 1994, but no long-term damage was caused due to the government and Central Bank’s proactive and timely response to ring fence key sectors of the economy, in particular the banking sector, from the effects of the crisis. As a result, Russia’s economy began to grow again and increased 4.5%, 4.3% and 3.4% in 2010, 2011 and 2012, respectively, before slowing to 1.3% in 2013 and 0.6% in 2014. 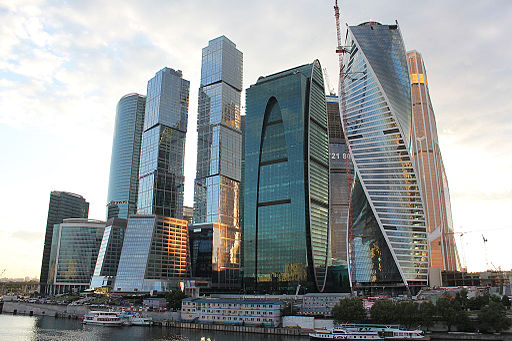 The Russian economy experienced two major shocks in 2014, narrowly avoiding recession with moderate growth of 0.6%. The first shock was the sharp decline in oil prices during the third and fourth quarter of 2014, exposing Russia’s extreme dependence on global commodity cycles. After fluctuating within a tight band near USD 105 per barrel from 2011-2013, crude oil prices ended 2014 at less than USD 60 per barrel. The second shock was the economic sanctions resulting from geopolitical tensions, which negatively affected investor appetite for Russian investments. Capital flights and high inflation compound Russia’s economic woes as the economy registered the steepest contraction since 2009 contracting 3.7% in the full year 2015. Forecasts are pointing to an end to the recession coming soon in 2017.

Inflation has been falling rapidly since August 2015, when it reached a peak of 15.8%. Along with the fall in inflation, Central Bank lending rates have been reduced. Russian bonds and equities are performing well against those of other emerging markets and a modest recovery in oil prices has bolstered economic sentiment.

Considering that the price for Urals oil will average USD 38 per barrel in 2016, the Central Bank expects the economy to contract between 0.3% and 0.7% this year, which is less than the Bank’s previous estimate that saw the economy contracting between 1.3% and 1.5%. The Bank expects the economy to expand at a rate of between 1.1% and 1.4% in 2017, assuming that Urals oil prices average USD 40 per barrel. Previously, the Bank had expected the price for Urals oil to average USD 35 per barrel and had projected economic growth rising to within a range of minus 0.5% and plus 0.5% in 2017.

Following the economy’s collapse in 2015, analysts surveyed by FocusEconomics expect the Russian economy to continue contracting in 2016, although at a more moderate pace. FocusEconomics Consensus Forecast panelists project that Russia’s GDP will fall 0.7% in 2016, which is up 0.1 percentage points from last month’s forecast. Panelists expect the economy to expand 1.3% in 2017.

Despite some serious downside risks, the Russian economy enjoys a number of strong strengths. Russia is the largest nation in the world in terms of landmass with abundant oil, gas and other natural resources, low debt, and high labor force participation. Its leading global position in space technology indicates untapped potential in other sectors. Russia is the 6th largest economy in the world in GDP based on purchasing power parity and has the 9th largest population. Russia also represents the largest retail trade market in Europe.

Although Russia might be in for a rough couple of years in the near future as it attempts to claw its way back to the top, it must be said that the Russian economy is much better shape than it was during the economic crisis in the 1990s. The Central Bank of Russia, Bank Rossii, stopped the free fall of the ruble in December of 2014 and unlike the country’s financial and debt crisis in 1998, no defaults have occurred and no official capital controls have been imposed.

Be sure to look out for part 2 of our three part series on Russia's economy next Tuesday, 27 October in which we detail Russia’s balance of payments as well as their exports and imports and the role they play in Russia’s economic outlook.