The study of macroeconomics is an interesting one, as it explores the behaviour of the aggregate economy and the complex relationships that exist between factors such as inflation, interest rates and the underlying value of currency.

The impact of taxation within the economy makes for an equally interesting study particularly over the course of modern history. This seems even more relevant in the modern age, with Donald Trump's proposed tax plans expected to slash corporate taxes and trigger a boom in the business world.

More specifically, Trump's proposed corporate tax reforms would lower the maximum rate for small and medium-sized businesses from 38% to 15%. The new President has also proposed a one-time repatriation on any income that corporations earn overseas, with a potential rate of 10% enabling U.S.-based businesses to reinvest money back into the American economy. 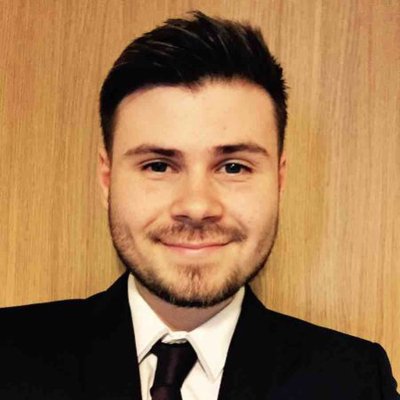 Zak Goldberg is a Law & Business Graduate from the University of Leeds who has chosen to follow his aspirations of becoming a full-time published writer, offering his expertise on all areas of law and finance.

Tax and the Economy: A Brief History and Explanation

In this respect, Trump is following in the footsteps of his Republican predecessor Ronald Reagan, whose ambitious plan to reduce taxes by an estimated 30% in three years was seen as ground-breaking at the time. Regan was of the opinion that a punitive and oppressive tax regime had restricted economic growth in the States, and his decision to slash corporation levies was designed to empower business spending and trigger the reinvestment of funds into the national economy. This would also have the benefits of reigniting the stock markets, increasing sentiment and making practices such as CFD trading increasingly popular.

It is worth remembering that Reagan's tenure as President began after a turbulent decade for the U.S., as rising unemployment levels and inflation had forced the government to extend the money supply in a bid to stimulate the economy. Reagan saw this as unsustainable, particularly from the perspective of government spending and the stringent tax regulations facing small, medium and large businesses. So, he sought to create a taxation model that would reduce the reliance on the public sector, slash taxes for corporations and establish a competitive economy that was driven by successful corporations.

Of course, Regan's plan and the challenges that they were designed to meet hint at the obvious balance that economists and world leaders must face when establishing tax levies. After all, taxation creates income that the government can leverage to invest in public services, while targeting high earners and corporations creates a socialist infrastructure that successfully (and hopefully fairly) distributes wealth. Conversely, excessive taxation can restrict business growth and limit job creation over time, potentially creating a scenario where there are less tax payers and more citizens dependent on state welfare.

Boom and Bust, Ireland and the EU

The difficulty in achieving this balance is reflected by the economic cycles that we have witnessed over time, which often bridge the gap between jobless economies and those in which large corporations are able to negotiate extremely low tax deals with national governments. Whether the income saved through these deals is subsequently used to create jobs or increase wages is a major bone of contention, but there is no doubt that low corporate tax rates help to drive competition and increase private sector spending.

For an example of the latter, we need look no further than the arrangement that Apple were able to secure in Ireland. Following the passing of a relatively obscure revenue law passed in 1991, Apple was able to base itself in Ireland and subsequently avoid paying almost any tax on its profits in Europe (and other global markets). This became the subject of a U.S. Congress enquiry in 2013, before the EU and Brussels officials launched their own investigation while souring relations between the union and American authorities.

The UK: Why Taxing the Economy is a Controversial Talking Point at Present

This type of agreement has become prevalent in England, Europe and across the globe, with giants such as Uber paying barely any tax through their UK arm of the business. It is also indicative of the perceived imbalance that exists within the region and Britain in particular, as while citizens have experienced years of austerity, large corporations are deemed to be getting richer. These extreme conditions were tackled in Labour's recent election manifesto, and they highlight the way in which an unfair taxation policy can ultimately harm people at both ends of the economic spectrum.

This became a major focal point for the recent election, with the Tories having presided over seven years of austerity through a sustained spell of reduced public spending. This policy was initially implemented to counter the excessive spending of the previous Labour government, but it has also allowed large corporations such as Uber to reduce their tax burden, thrive and contribute towards higher levels of job creation in the UK.

So while this economic and taxation policy has seen the unemployment rate in the UK recently fall to a 43-year low of 4.5%, reduced government spending and the implementation of stringent pay caps in the public sector have created a huge wealth divide in Britain.

This a major source of angst, and something that Labour leader Jeremy Corbin successfully leveraged to drive his popularity in the recent election. His own tax proposals would see firms such as Uber and Apple pay a fixed rate of corporate tax, while CEOs and high earners would also see their own personal tax bands increase to 50%. This would instantly create a huge source of revenue that could be reinvested into the economy and public sector, theoretically establishing a more balanced financial climate that can be sustained over time.

In reality, however, Corbin's ethos is potentially flawed and capable of increasing the national debt exponentially. It also has the potential to drive big businesses out of the UK, reducing job creation and placing a greater strain on the welfare system in the process. This policy also highlights the difference between the right and the left on the UK's political spectrum, while it showcases the damage that shifting between two economic extremes can do citizens, businesses and public sector authorities.

As we can see, taxing the economy is a challenging exercise for government, and one that plays a pivotal role in empowering all sections of society. The examples we have discussed also highlight the perils of extreme and unbalanced taxation policies, whether they are borne out of political bias or as a direct response to an existing economic climate. Either way, taxation policies that favour one demographic or market over another are unsustainable, as they create seismic economic shifts and place too great a strain on either businesses, the public sector or individual households.

Ultimately, the need for balance is paramount, as otherwise we see economic growth stagnate or public service spending dwindle. It is inequality in the tax system that also creates volatility, and variable cycles of boom and bust across the globe. We have already seen such inequality blight the U.S. and Britain throughout the 1970s and 1980s, for example, while a return to traditional right and left political divides in the UK also means that the British economy is being placed under an incredible strain at present.

This is without considering the impact of Brexit, which is likely to see inflation rise further in the UK as real wages stall and big corporations thrive. This is perhaps one of the reasons behind Prime Minister Theresa May's recent call for collaboration between the Conservatives and Labour, and while this has been derided by some it arguably creates a unique opportunity for the government to create a balanced taxation policy that offers incentive to everyone. This would also help Britain to cope with the challenges ahead, by equipping every single business, household and government agency to operate to their full potential.

This may be an impossible dream, of course, but regardless of what the future holds there is one thing that we can be sure of. This is that extreme conditions trigger even more extreme reactions, so a balanced and fair-minded taxation policy is needed if countries are to thrive over a sustained period of time.

*Guest blog posts do not necessarily reflect the views of FocusEconomics.